NEXTracker Awarded Next Wave of Solar Projects in Australia Due to High Performance Features, Bifacial Optimization, and Proven Execution

SYDNEY, Oct. 22, 2019 /PRNewswire/ --Â NEXTrackerÂ™, a FlexÂ company, today announced that 3 gigawatts (GW) of its award-winning smart solar trackers have been delivered or under fulfillment in Australia as the utility, distributed generation (DG) and commercial and industrial (C&I) solar market continues to grow.Â NEXTrackerÂ continues to expand its presence locally and in Asia Pacific out of its location in Manly, also known as "Solar Beach," where its growing office can support every stage of a project including design engineering, sales, project management and Operations and Maintenance (O&M). 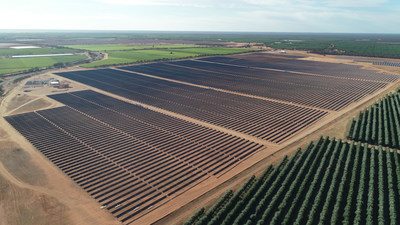 "We have built our Australian commercial program to provide our customers with exceptional service driven by our understanding of the country's geotechnical and environmental conditions, energy policy, and legal landscape," said Pete Wheale, vice president, Australia and Southeast Asia at NEXTracker. "The Australian C&I distributed generation market is booming, and we are uniquely positioned to support the growing needs of our customers on large and small projects with advanced solar and storage technologies, further laying the foundation for our expansion in Southeast Asia."

"NEXTracker's technology has allowed us to optimize installation time on solar projects of any size and whenever we need support, they are right there," stated Glen Thomson, General ManagerÂ of Beon Energy Solutions. "We're proud to partner with NEXTracker and look forward to our continued collaboration to provide high quality installations for utility and C&I scale solar projects across the energy market in Australia."

"NEXTracker was one of the first companies to be involved in the rise of Australia's large-scale solar industry," said Gero Farruggio, head of Australia and global renewables, Rystad Energy. "By 2025, Australia is expected to rise to nearly 23 GW of solar capacity with most of it coming from distributed generationÂ projects. NEXTracker's understanding of the local market and its portfolio of solar smart trackers makes it well-poised to be an integral part of this growth."

About NEXTracker
NEXTracker,Â a Flex company,Â is the No. 1 global market leader in smart solar trackers with a complimentary product portfolio ofÂ energy storageÂ systems andÂ optimization software, yielding additional energy for plant owners. With 26 GW delivered or under fulfillment, NEXTracker is globally recognized for delivering smart and connected energy systems for hundreds of projects across five continents.Â Headquartered in the San Francisco Bay Area, the company has offices in Europe, Australia,Â India, and Latin America.Â For more information, visitÂ NEXTracker.comÂ and follow the company onÂ TwitterÂ andÂ LinkedIn.